Many thanks to Steve Davies, Head of Education at the Institute of Economic Affairs, for coming to speak to the Hayek Society last week. In his talk he suggested that the future could be a world of city states and named the key factors that contribute to the success of a metropolis. The event was co-organised by European Students for Liberty. 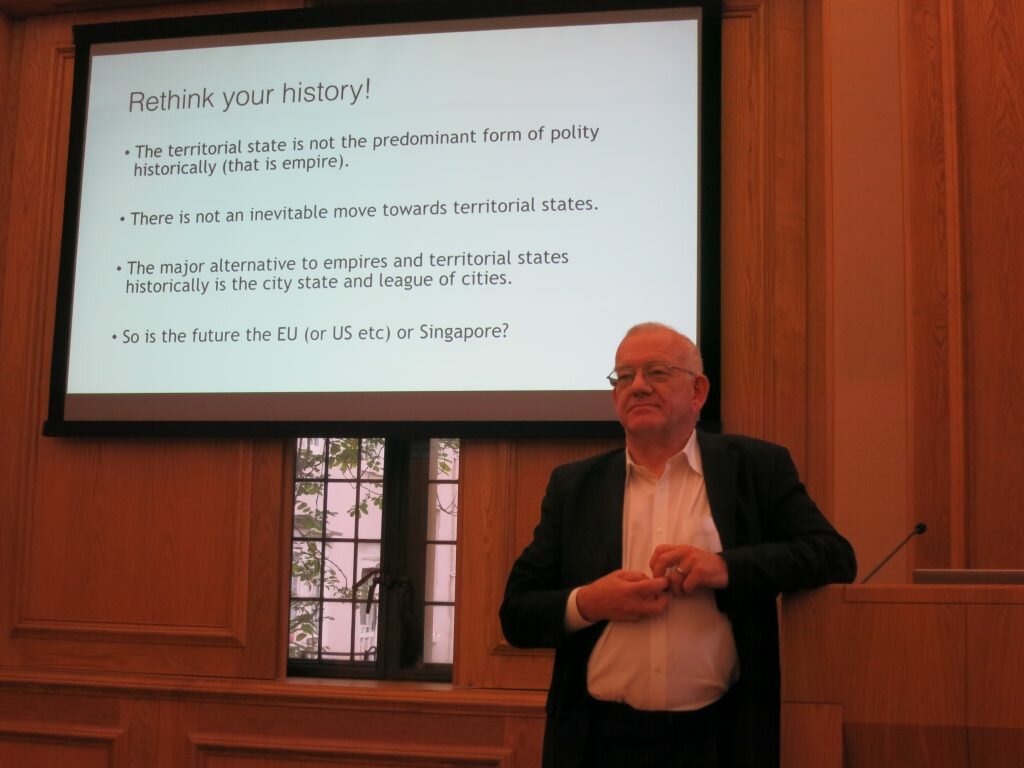 Although maps define how we understand the worlds, they might no longer capture the reality, Dr. Davies said. More and more of us are living in city regions, and these metropolitan areas become increasingly more independent. Cities are growing as a proportion of world’s population, besides, they are centers of economic growth and innovation.

What makes a city region successful? The key factors, according to Dr. Davies, are economic, social and cultural diversity (in other words, connections to different parts of the world), the presence of so-called creative class (“These annoying people from Shoreditch”), and, last but not least, geographical location. Among other things which make a difference are the percent of international students and the number of direct flights.

So what brings cities to failure? As Dr. Davies claimed, it is the domination of one single industry, cultural homogeneity, extended public sector and, of course, incompetent local politicians (see the Detroit case). The side-effect of urbanisation is a growing political divide between successful city regions and rural areas on the one hand and failed (or failing) city regions on the other. It helps to explain the popularity of politicians like Trump and Le Pen both of whom did well in rural lands as well as failing cities. 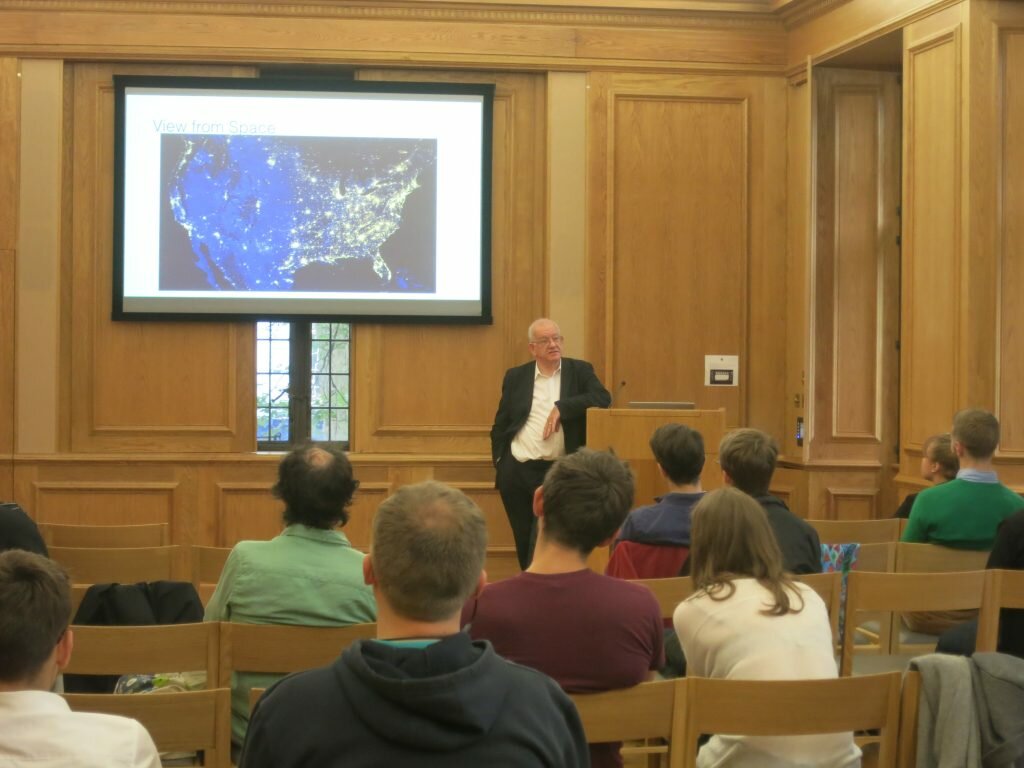 If we are approaching the era of city states this may mean the new, ‘bottom-up’ way of governing. Big cities already can establish direct transnational links between each other while ignoring national governments. However, it is yet to understand what will happen with the in-between bits, given the fact that some people do want to live in rural areas and do not welcome globalisation.

In the end of the talk, Steve Davies selected the best question from the audience — the prize was a free ticket for the THINK Conference taking place in London on July 1st. The event organized by the Institute of Economic Affairs brings together some of the best speakers in the world to highlight how the creativity and innovation fostered under free markets has helped to halve world poverty in recent decades.

Everyone took a copy of the books Peace, Love Liberty and Why Liberty, both collections of essays written by distinguished scholars, entrepreneurs, activists and edited by Tom Palmer. The lecture was followed by wine reception and an informal discussion with the speaker.

Here are some photos of the meeting (for more photos check our Facebook page): 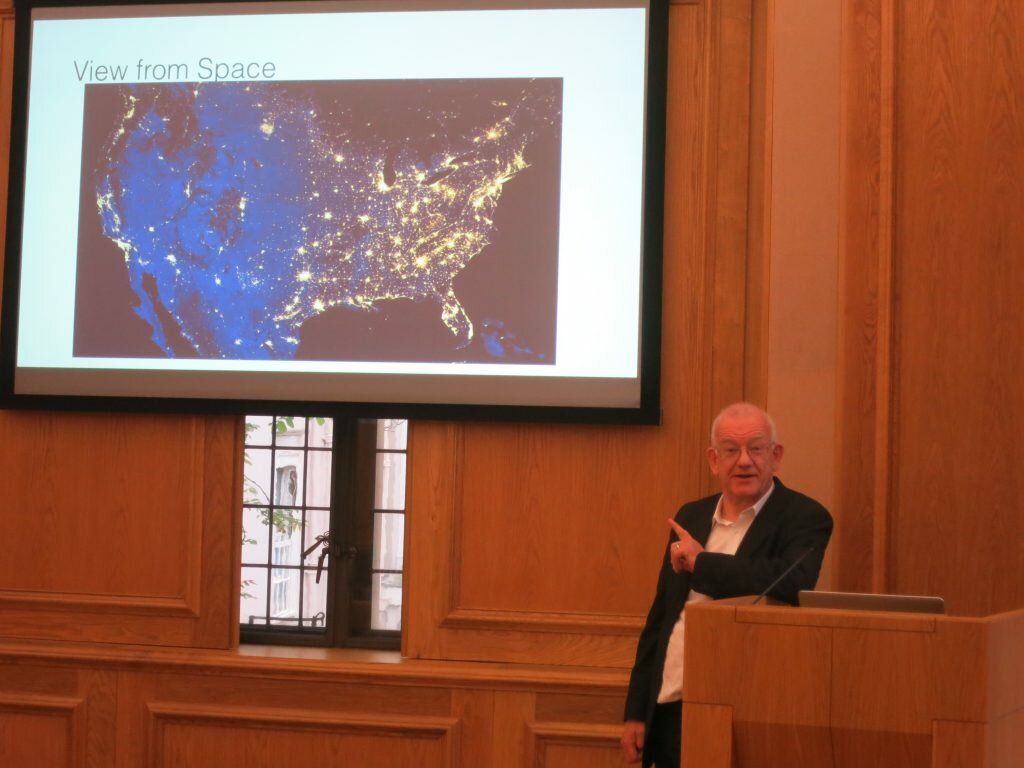 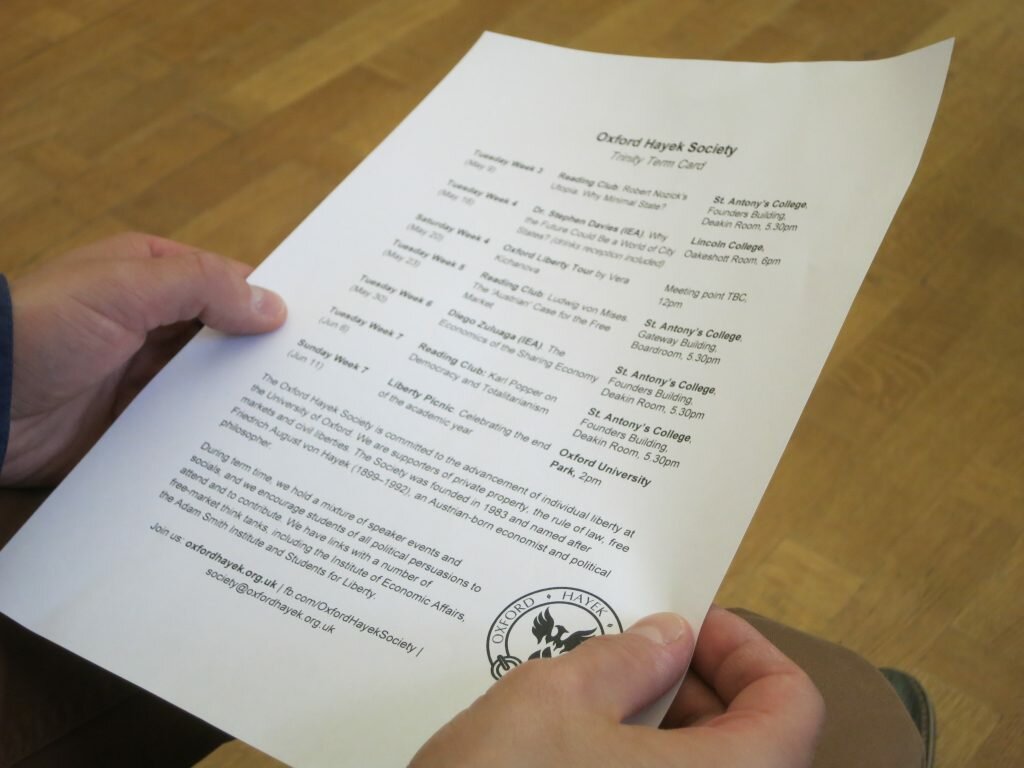 If you believe in maximum freedom and minimum government, do not miss the highlight of the 2016/17 academic year. Dr Steve Davies, Head of Education at the Institute of Economic Affairs, is coming to Oxford to talk about the promising future of city states. 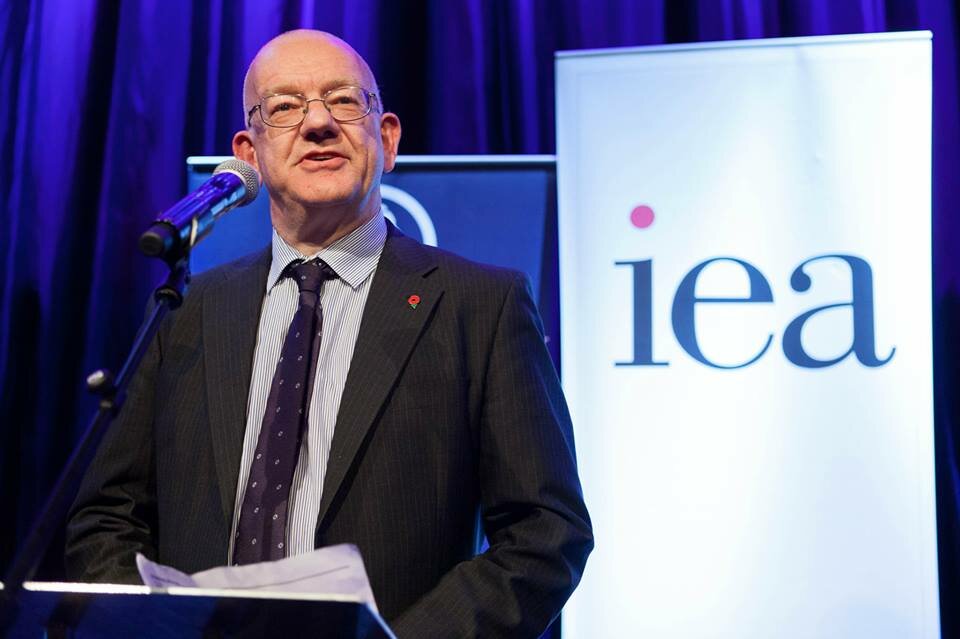 Maps of the world typically show it divided into solid blocks of colour, marking sovereign territorial states. Most of our history is about how those states appeared and evolved while our economic and political analysis takes this picture of the world as its starting point.

However it is an ever less accurate picture of the actual social and economic world that we inhabit. Rather we are increasingly living in a world of city regions, which are the real basic units of the world society and economy. Our political institutions however do not reflect this.

Might we be moving to a world of city states, in which Hong Kong and Singapore are the models of the future? In addition we think that there was an inevitable historical trend to territorial states, whether nation states or empires. In fact the city state and league of city states have been important rival ways of organising political life in many times and places. This may soon be true again.

The talk will be followed by a Q&A session and a wine reception.

About our speaker:
Dr Steve Davies is Head of Education at the Institute of Economic Affairs in London. Previously he was program officer at the Institute for Humane Studies (IHS) at George Mason University in Virginia. He joined IHS from the UK where he was Senior Lecturer in the Department of History and Economic History at Manchester Metropolitan University. He has also been a Visiting Scholar at the Social Philosophy and Policy Center at Bowling Green State University, Ohio. A historian, he graduated from St Andrews University in Scotland in 1976 and gained his PhD from the same institution in 1984. He has authored several books, including Empiricism and History (Palgrave Macmillan, 2003) and was co-editor with Nigel Ashford of The Dictionary of Conservative and Libertarian Thought (Routledge, 1991).

The event is co-organised by European Students for Liberty.