Many thanks to Peter Kaznacheev, Director of the Centre for Resource Economics, who came to speak to us this week on the future of petro-states. The talk, entitled “Debunking the Myth of the Resource Curse”, was very insightful in explaining how oil-dependant economies adapt (or fail to adapt) to the new reality of cheaper oil. 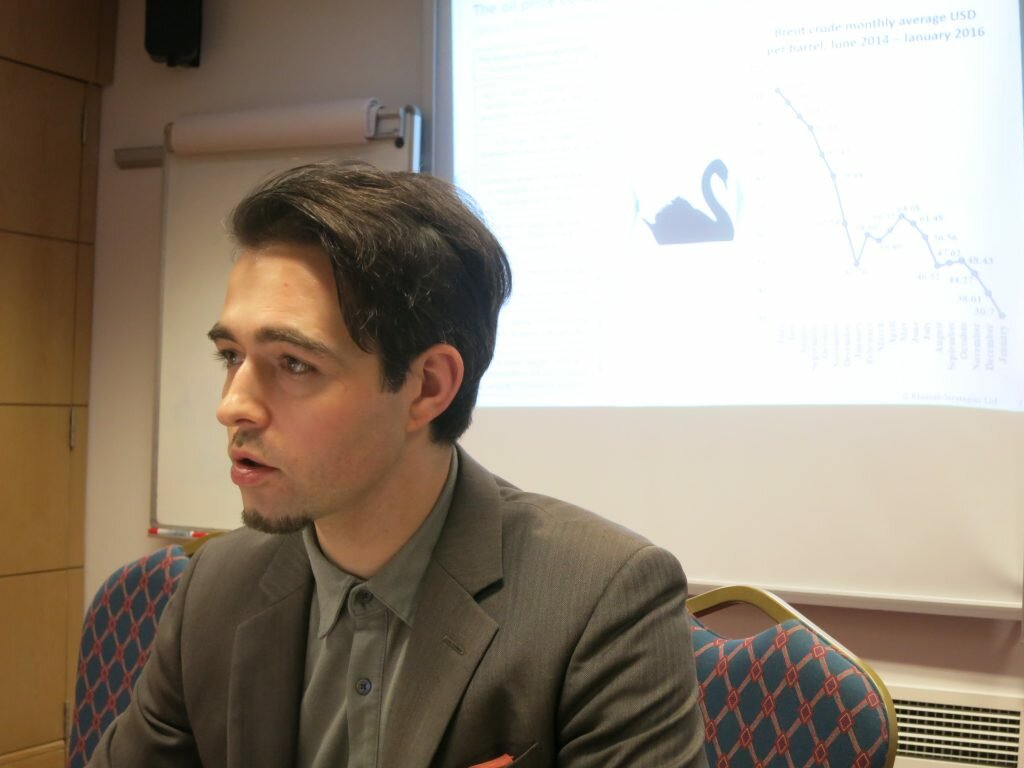 In his talk Peter explained what might have caused the recent fall in oil prices. For decades the price of a barrel has been extremely sensitive to military conflicts in the Middle East. However, the expansion of ISIS in the region in 2014 did not cause another rise in price. Quite the opposite, we saw one of the most dramatic drops. According to Peter, we have entered the era of the “Oil Zen”, and the innovation boom in the industry, especially the shale revolution in the U.S., is in many ways responsible for that.

In 2014 (for the first time since the 1970s) the U.S. crude production surpassed that of Russia and Saudi Arabia. The long period of inflated prices, which started in the 1950s with a wave of nationalisations across oil-producing countries, is probably over, Peter said. The shale revolution shifted leadership in the industry from authoritarian and corrupt regimes to the countries with stronger democratic institutions and more favorable business climate.

Anti-corription protests in resource-rich economies, according to Peter, show that the “resource nationalism” model is being seriously questioned by the people of these countries. The Petrobras corruption scandal triggered mass civil protests against Brazil’s president Dilma Rousseff and consequently lead to her impeachment. Corruption scandals occurred a number of oil economies in recent years: from Nigeria and Malaysia to Venezuela and Russia.

The “resource curse” hypothesis, Peter claimed, is supported not so much by scholars as by the leaders of resource-rich countries who prefer to blame economic stagnation on oil abundance. However, oil exporting countries, such as Canada, Australia, Norway and Malaysia, demonstrate that it is possible to build a prosperous and innovative economy with a significant share of income from the sale of hydrocarbons. Evidence is at odds with the idea that mineral exporting countries are doomed to rent-seeking and corruption.

Peter Kaznacheev is an energy economist, researcher and columnist. In parallel to the Centre for Resource Economics, he also runs a consulting firm helping businesses to adapt to the new era of cheaper oil. Previously, he worked as a business developer at BP, and before that (in 2002-2005), as a senior advisor in the Russian Presidential Administration. Peter is a member of the Mont Pelerin Society, a network of international scholars founded by F. A. Hayek. His most recent policy paper Curse or Blessing? How Institutions Determine Success in Resource-Rich Economies was published by the Cato Institute.

Everyone took a copy of the books “Peace, Love Liberty” and “Why Liberty”, both collections of essays written by distinguished scholars, entrepreneurs, activists and edited by Tom Palmer, Vice President of Atlas Network.

Here are some photos of the event (for more photos check our Facebook page): 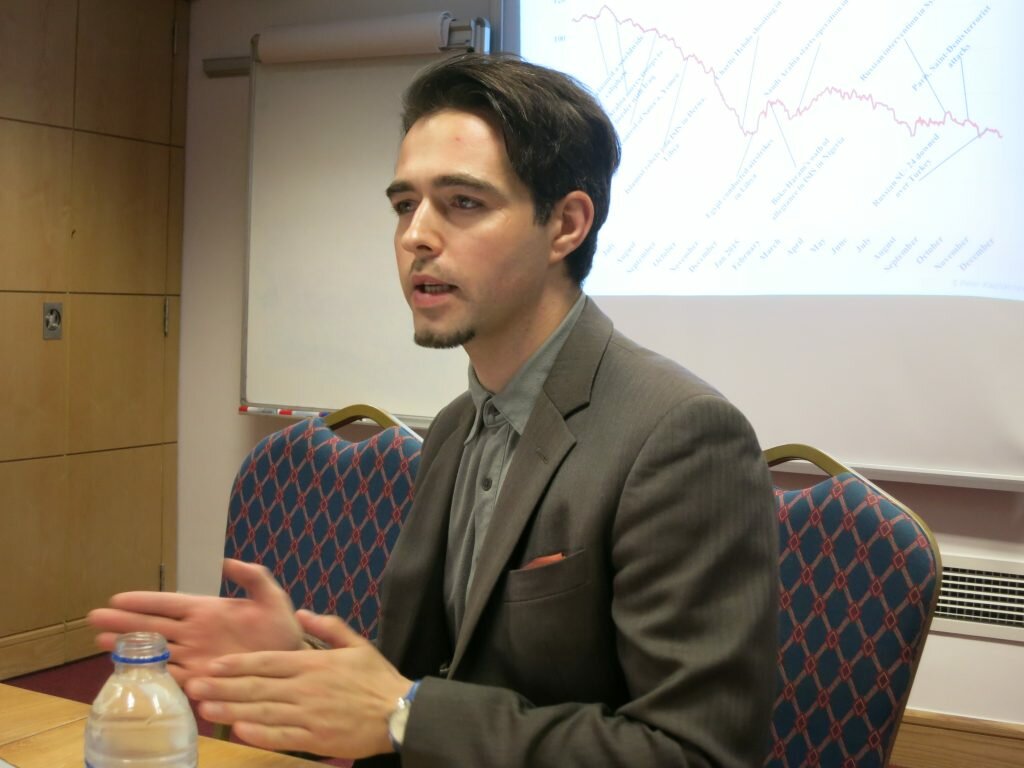 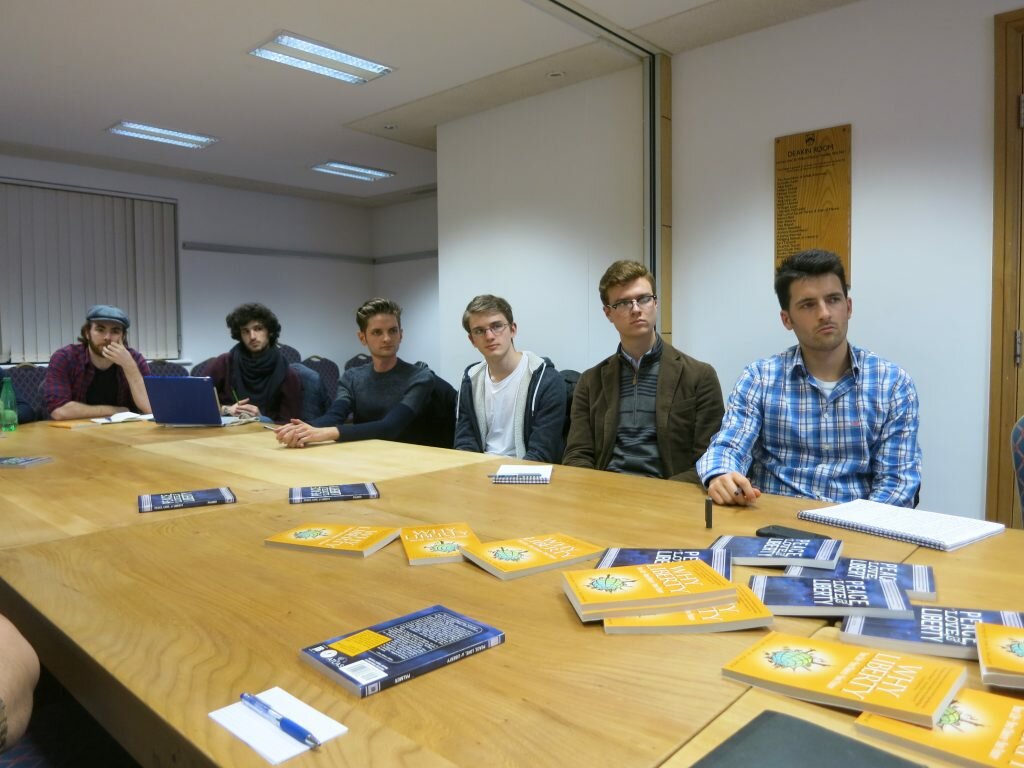